Hope Reflected: 3 Things to Do When You Get Angry 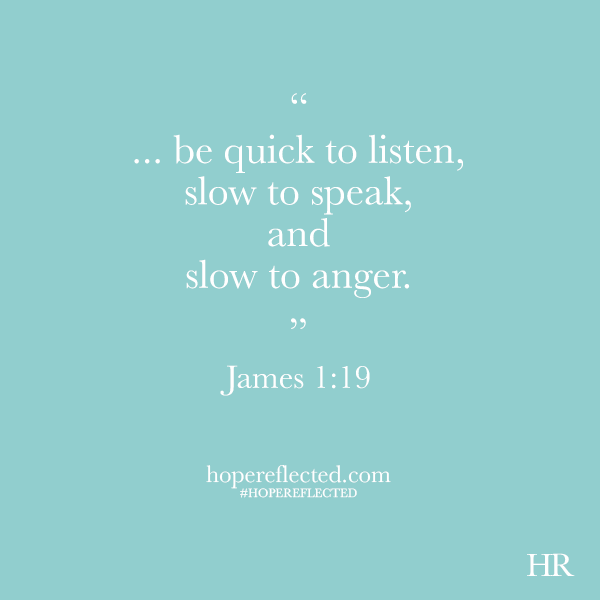 Someone says or does something rude or obnoxious or insinuates an untruth about you.

You turn on the news – bad news, sad news, completely biased and ‘politically correct’ news – and you get fired up and go into debate mode.

You make a mistake – break something, lose something, ruin your favourite sweater in the wash – and you get mad.

We’ve all been there, because we’ve all been, (and will be again at some point in the future), angry. Anger is an emotion that’s a part of life.

Here are 3 things to do when you get angry:

Being angry isn’t a sin, but being controlled by your anger is. Anger is a fact of life, and while it can’t be avoided, it can be remedied. It’s easy to talk about when life is good and everything’s going your way, but even when the chips are down, here’s some good advice to remember from John. C. Boger: “Anger and bitterness are two noticeable signs of being focused on self and not trusting God’s sovereignty in your life. When you believe that God causes all things to work together for good to those who belong to Him and love Him, you can respond to trials with joy instead of anger or bitterness.”