Hope Reflected | Be of good courage 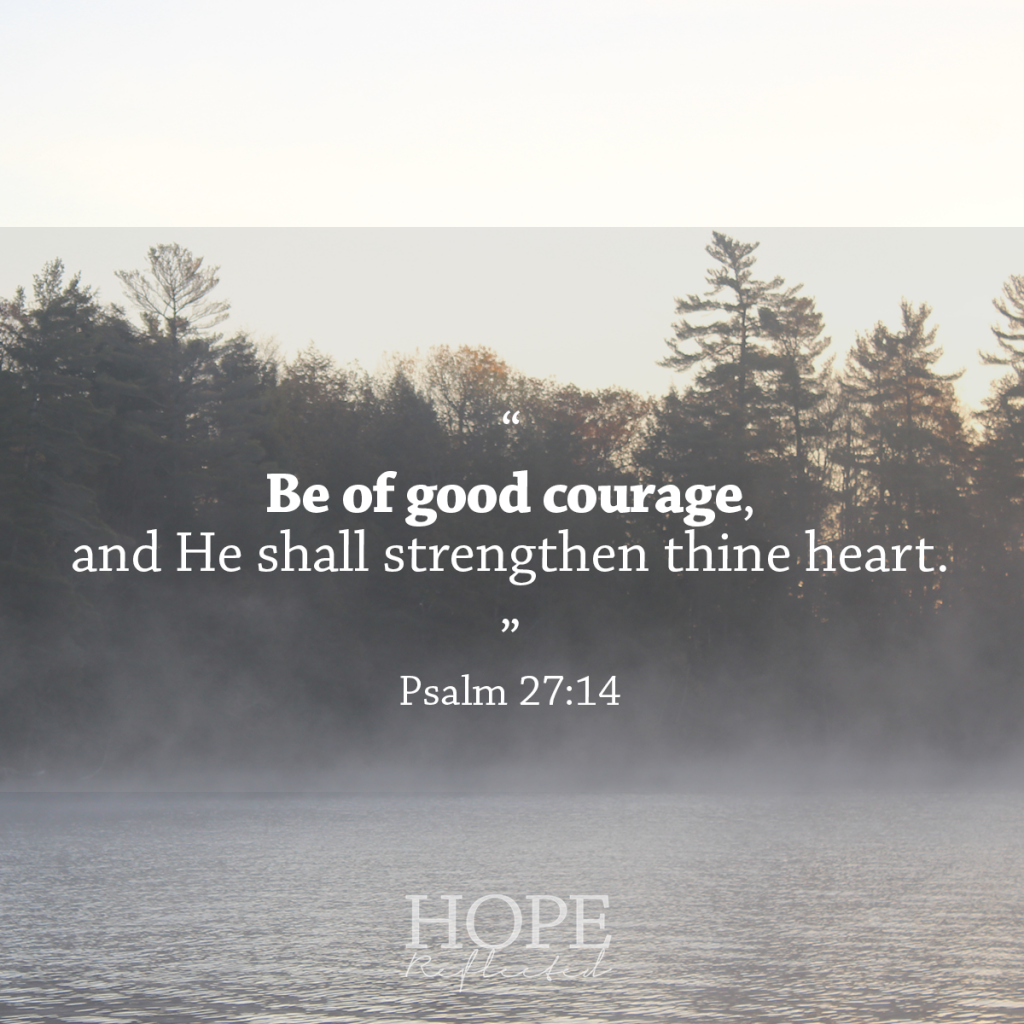 Be of good courage

If you’re familiar with C.S. Lewis’s book, The Lion, The Witch, and the Wardrobe, then you’re likely familiar with the characters of Aslan and Lucy. In Lewis’s book Voyage of the Dawn Treader, Aslan whispers to Lucy, “Courage, dear heart,” and it is shortly after this that the ship Lucy is sailing on travels from darkness into light. “And all at once everybody realized that there was nothing to be afraid of and never had been,” writes Lewis.

In a recent column, I wrote about the importance of choosing joy, and today I’d like to suggest that courage is also a choice. Courage is a decision that we make in the face of fear, opposition, and uncertainty, and it can change everything.

Does that mean that you’re never afraid? No, on the contrary! As Mark Twain said, “Courage is resistance to fear, mastery of fear – not the absence of fear.” Does that mean that it’s easy to stand up for what’s right and defend your faith? No, on the contrary! Courage is a choice that as Christians we’re called to make, regardless of the circumstances. Joshua was called to be courageous when it came time to lead the Israelites into a new and unknown land. David reminded himself to be courageous during seasons of persecution. Paul demonstrated courage when he traveled across the world and taught about Jesus and came up against many people who disagreed with him.

Courage. We can take courage in many different areas:

The greatest place of all to take courage? When you know the Lord as your personal Saviour, you’ve got something that no man, no weapon, no illness, no circumstance can ever take away. The security that comes with God’s gift of eternal salvation should be all the “encouragement” we need to take courage. “Courage,” said C.S. Lewis, “is not simply one of the virtues, but the form of every virtue at the testing point.” It’s up to us to make the decision to live a life filled with it.