Hope, She Wrote: Who Are Your Influences? 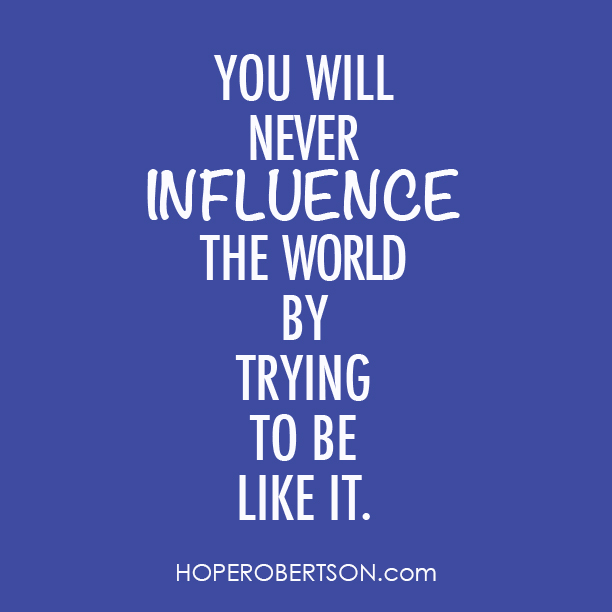 My latest column for The Minto Express focuses on the subject of influence. Over the past few weeks, I’ve had some really insightful conversations with friends and family about the impact and importance of positive influences — I’m so thankful to know some pretty stellar souls who consistently inspire and exhort others around them.

The late Jim Rohn once shared this theory that we are all the average of the five people we spend the most time with. The first time I heard that statement, I questioned it’s validity, since the majority of my time is spent in an office (with some pretty cool people, but still). The friends we choose and the company we keep can have a major impact on us.

The people we choose to surround ourselves with, – like it or not, – have an influence in our lives, whether that’s good or bad. That’s a scary thought. Surround yourself with negative thinkers and pessimistic people, and chances are their attitudes will wear on you. Comparatively, surround yourself with motivated, positive, and genuine people, and eventually this could have a positive impact on you.

Not to say that we each don’t have the ability to choose our attitudes; it’s just that sometimes, (oftentimes without even being aware) we can be influenced by attitudes that directly affect our behavior. And we all know the truth: “It’s easier for others to bring you down than it is for you to lift them up.” Look at the lifestyles of your closest friends – what are their habits and traits? Are those habits and traits also present in your own life, and if so, is that a good thing? See also, “A man is known by the company he keeps”.

So how do we make sure the right things (and people) are influencing us?

Positive relationships support positive behaviours. Surround yourself with people who encourage you and inspire you to become your best self, and not the reverse. Also remember the importance of honesty. There’s this thing that Pastor Rick Warren talks about, called “sharing the truth in love” (sometimes known in professional circles as “constructive criticism”). True friends don’t sugar-coat or avoid life’s serious subject matter. They’re real about the heavy things in life, and they try to help you through.

Remember your influence. True friends are hard to find, so when you find them, nurture those relationships. Relationships are not a one-way street; they require “relating”, people! So sure, you want to surround yourself with people who positively influence you, however it’s just as important to remember that to someone, you may be their major influence. Guard your actions, and like the golden rule says, remember to cultivate that as you’d want someone to do for you.

Be true to you. One of the scary things about influence is that it often goes unnoticed until it’s pretty deeply engrained. Always remain true to who you are. Don’t lower your expectations or standards just because the people around you may not share the same values. Also, don’t get sucked in by the notion of peer pressure. Be the creation you were made to be – each one of us has a unique purpose here on this Earth.