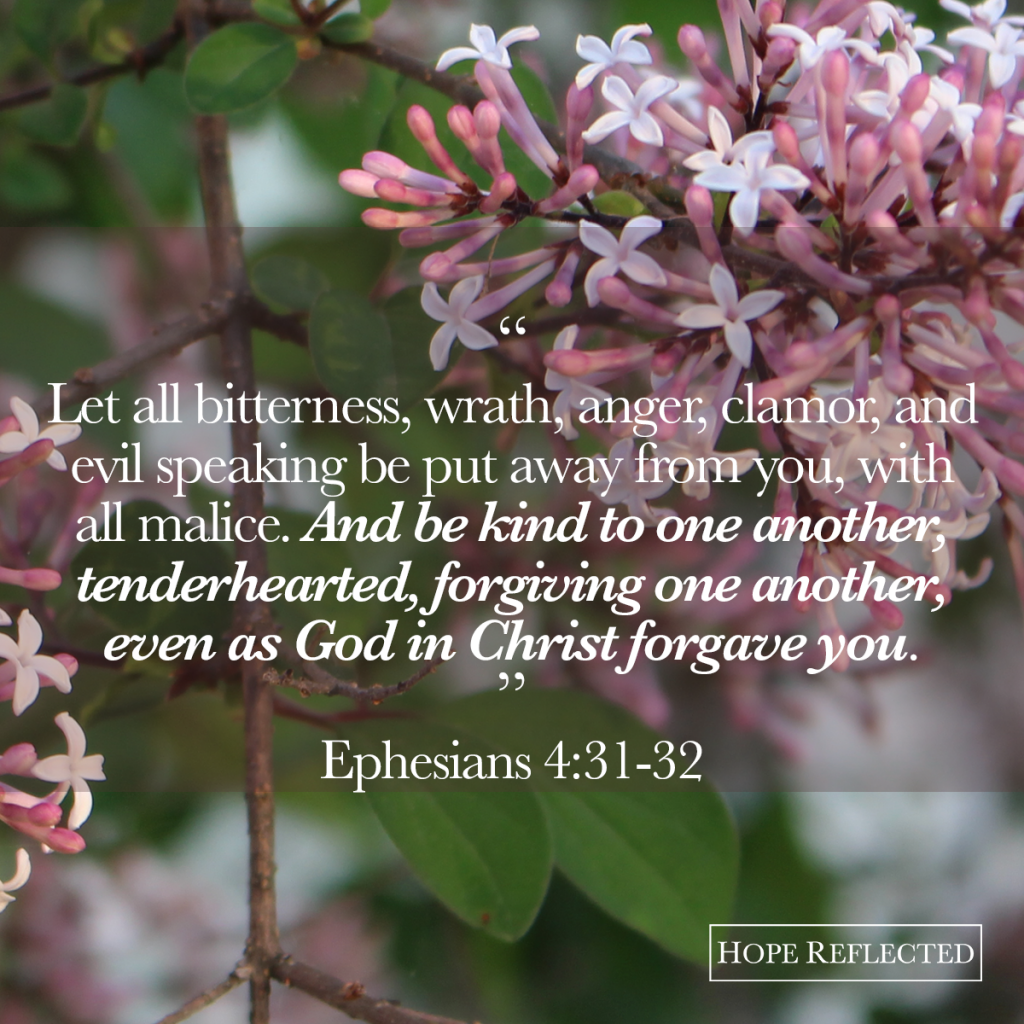 Cain and Abel. Saul and David. Hillary and Donald (OK maybe not so much the latter as Hillary did handle herself gracefully after Donald won the election). Bitterness. It dates back as early as the book of Genesis, and it’s still consuming people to this very day.

Just saying the word sounds sharp. Bitterness blinds, blocks, hurts, and steals. Like its cousin comparison, bitterness is a thief. If you let it creep in, bitterness will steal your joy. You may think you’re above being bitter, but guess what? You’re not. Who can blame you? That person last week who gave you a back-handed compliment, you’re right! It was rude and it wasn’t fair. That person who purposefully tried to sabotage you and throw you under the bus? Of course you feel completely justified in not speaking to them. Bitterness. It’s the antithesis of sweetness.

Last week when I came home ranting and raving about some rude comments that someone made, Wes (almost always the voice of reason) reminded me that while others may speak out of spite or selfishness, as Christians we’re called to be careful about our reactions. While it may be tempting for me to get upset, or to carry hard feelings, ultimately the only person that it’s going to hurt, is me.

Here’s what I know about bitterness:

When it’s put like that, bitterness kind of loses its attractiveness, doesn’t it? So when we’re feeling wronged or like someone’s hurt us, or like the situation we’re in just won’t get better, what should we do instead of becoming bitter?

Don’t get bitter; give it to God and get better. As Dave Willis says, “Bitterness and love can’t live together in the same heart. Each day, we must decide which one gets to stay.”