Hope Reflected | The power of the tongue 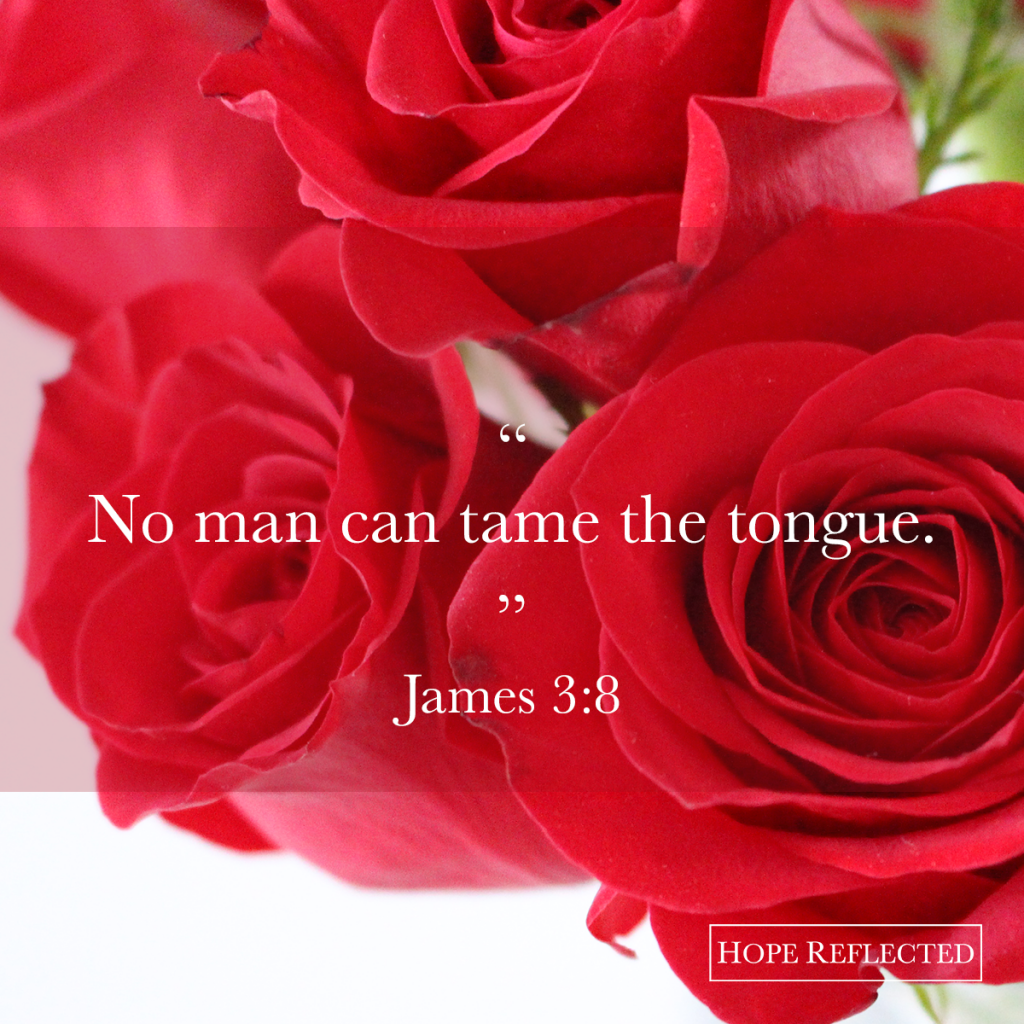 The power of the tongue

One thing that we all have in common is that at some point or another, each one of us, – inevitably, – is going to say something we don’t mean. You may make a comment in the middle of an argument, or maybe it will be something you say behind someone’s back, or perhaps you’ll speak words to someone that just don’t come out right. Or, as Wes experienced this past week, you may say something about a complete stranger that you instantly regret. The tongue. At some point in each one of our lives, our tongues are going to hurt someone else and cause us trouble.

The problem with the tongue is that once you say something, you can’t take it back. James 3:5 tells us, “Even so the tongue is a little member and boasts great things. See how great a forest a little fire kindles!” We all need to learn how to guard our tongues and watch our mouths.

There’s the old saying that goes, “God gave us mouths that close and ears that don’t so that should tell us something.” It’s so true, isn’t it? How often we speak words in haste when really we should be just as quick to listen. I write that quickly, like it’s no big deal and easy to do, when the reality is more often than not quite different. I struggle at least a couple of times a day to listen when everything in me wants to interrupt. It’s like, sometimes when someone else is speaking and telling me something, the time I should be spending listening to them, I’m actually formulating my response to them in my head. That’s not right. We are called to be “quick to hear, slow to speak, slow to wrath.” (James 1:19) Don’t underestimate the power of the tongue.

Proverbs 18:21 reminds us that “death and life are in the power of the tongue, and those who love it will eat its fruit.” James 3:7-8 shares that “For every kind of beast and bird, of reptile and creature of the sea, is tamed and has been tamed by mankind. But no man can tame the tongue.” It may be small, but the tongue is a mighty weapon. May each of our words speak love and truth.