Hope Reflected: How to Be Decisive 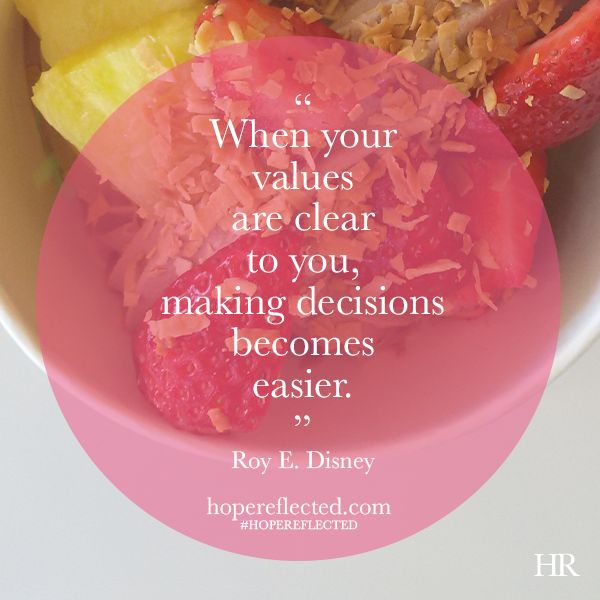 “Where do you want to eat?”

“It doesn’t matter to me, I’m good with whatever. You decide.”

While my indecisiveness is usually focused mostly around what restaurant to eat at when dining out with friends, the struggle is real. Indecisiveness is something that’s affected generations, throughout the entire world. Hey, even in Biblical times, there were some ‘ordinary’ men who had to make extraordinary decisions – check out Moses, Joshua, Elijah, and Daniel. We make decisions every single day, in every aspect of life – whether political, personal, or professional. That’s why it’s important to learn the fine art of being decisive!

The word ‘decisive’ is defined by the Oxford Dictionary as “Settling an issue; producing a definite result; having or showing the ability to make decisions quickly and effectively.”[1] Interestingly enough, the word was first used in the early 17th century, coming from the medieval Latin decisivus, decis– meaning “determined”.

If you’re someone who struggles with making decisions, or making the right decisions, here are 3 ways to be more decisive:

It’s not always easy to make decisions, – especially decisions that have lasting impact, – however as a wise man once said, “when your values are clear to you, making decisions becomes easier.” Now if only I could decide on what to have for dinner.