God has no limits Archive

Hope Reflected | When you feel like you’re not enough 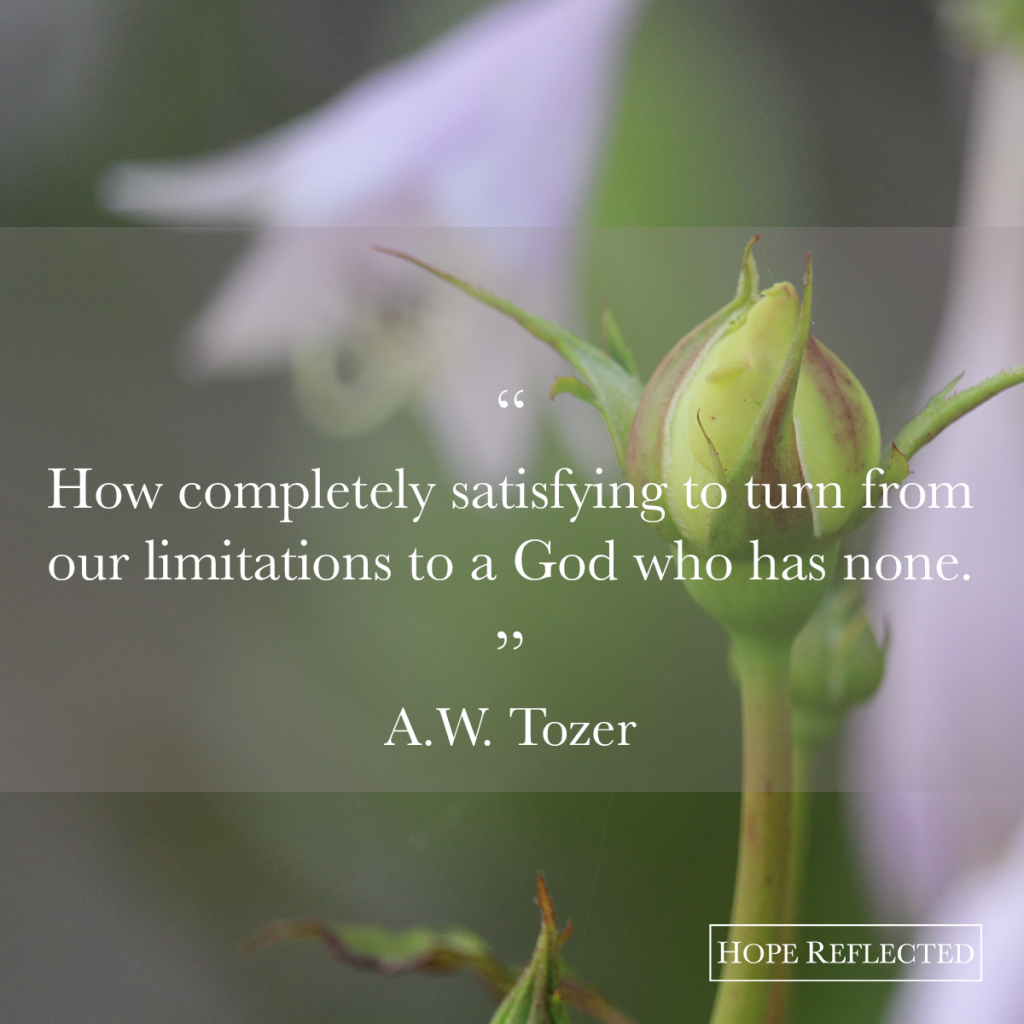 When You Think You’re Not Enough

Last week, Wes and I were talking about how sometimes in the most seemingly ordinary of circumstances or conversations, God works. It’s an interesting thing to think about, that even the most normal of people like you and I can be used for God’s glory.

We see so many times throughout the Bible where God takes completely normal – and often unsuspecting – individuals and uses them for His glory. Just this past Sunday at church, the speaker was talking about David, and how as a youth David was a shepherd and was skilled at using a sling to throw rocks. What to the average onlooker seemed like not a huge deal, – or even an underwhelming ‘talent’, – God used for His glory, to slay a giant, and to start David down the path to be king.

Too often we limit God. We think that our faults or insecurities are going to prevent or prohibit Him from using us for His service, when actually the opposite is true!

Consider Moses, a man who we read in Exodus 4:10 and 11 had some kind of speech disorder and wasn’t comfortable speaking publicly. God used Moses to lead an entire people – the Israelites – out of Egypt, across the Red Sea, and to scribe the Ten Commandments. For a man slow of speech and tongue, God raised him up to lead an entire nation.

Then there was Rahab, who had a career as a prostitute, and God used her to protect the Israelite spies in Jericho. Though her profession was questionable, Rahab demonstrated great faith and hospitality, and she was part of the lineage of Jesus Christ (her son Boaz married Ruth, and their son Obed was David’s grandfather).

The point is that God can – and loves – to use those who put their faith and trust in Him. You may think you’re too messed up, or that you’ve made too many mistakes, or that you can never move on because of your past choices; historically, God has a track record of taking those things that are broken and using them for His glory.

Jeremiah 18: 3-6 tells the story of the potter and the clay. “So I went down to the potter’s house, and there he was working at his wheel. And the vessel he was making of clay was spoiled in the potter’s hand, and he reworked it into another vessel, as it seemed good to the potter to do. Then the word of the LORD came to me: ‘O house of Israel, can I not do with you as this potter has done? declares the LORD. Behold, like the clay in the potter’s hand, so are you in my hand.’”

You may remember my column about the remnants, and it is true: Only God can take what is broken and make it into something brand new. As Wes says, “Broken eggs make great omelets.” God uses the broken flower bud to bring forth the new bloom; He uses the broken clouds to bring forth the rain; He uses broken ground to bring forth new crops; and He can your brokenness to prepare you for your future. All you have to do is put your trust in Him, and when you do, it’s incredible the fulfillment you will find. As A.W. Tozer once said, “How completely satisfying to turn from our limitations to a God Who has none.”