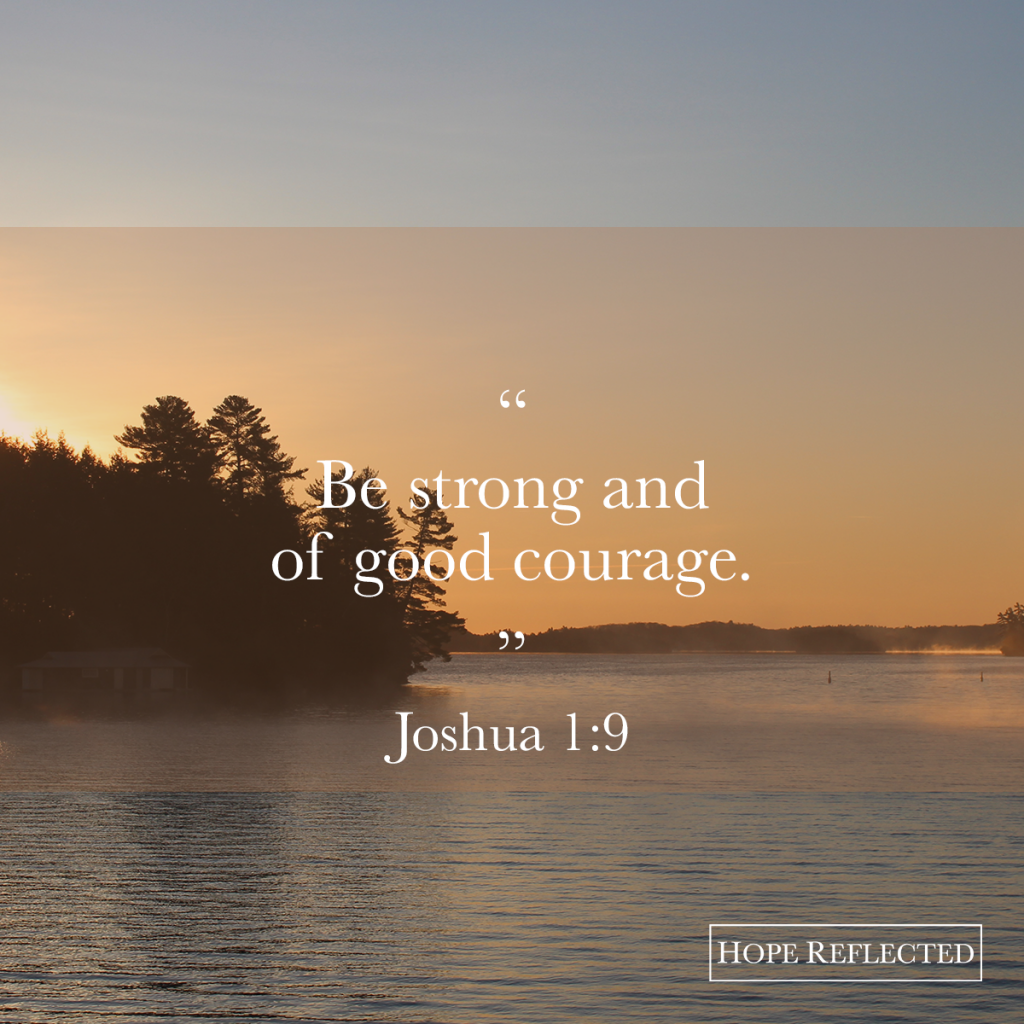 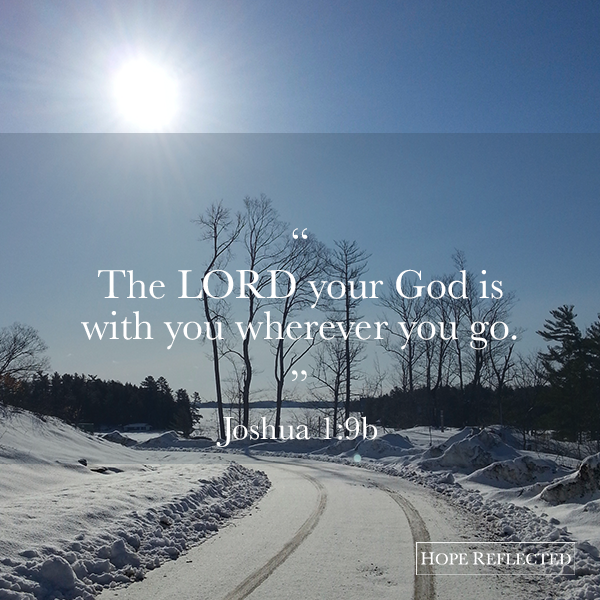 “The LORD your God is with you wherever you go.” Joshua 1:9b

When God told Joshua to be strong and of a good courage, He also reminded Joshua of one very important fact: “The LORD your God is with you wherever you go.” (Joshua 1:9b)

Whatever you’re facing this week, remember that you’re not alone. God is with you. He is accessible to you at any time, any where. There is no where you can go that would be out of reach for God.

I’m reminded of David’s Psalm 139: “Where can I go from your Spirit? Where can I flee from your presence? If I go up to the heavens, you are there; if I make my bed in the depths, you are there. If I rise on the wings of the dawn, if I settle on the far side of the sea, even there your hand will guide me, your right hand will hold me fast. If I say, ‘Surely the darkness will hide me and the light become night around me,’ even the darkness will not be dark to you; the night will shine like the day, for darkness is as light to you.” (Psalm 139:7-12)

Take heart, and have confidence! You’re not alone! The LORD your God is with you wherever you go!

“The LORD your God is with you wherever you go.” Joshua 1:9b

Peter, without complaint or question, stopped what

We should not endeavour to evade tribulation; we s

Rejoicing is actually an instruction that we’re

The word antagonist comes from the Latin antago