Wednesday Wisdom | The Workshop of Character is everyday life 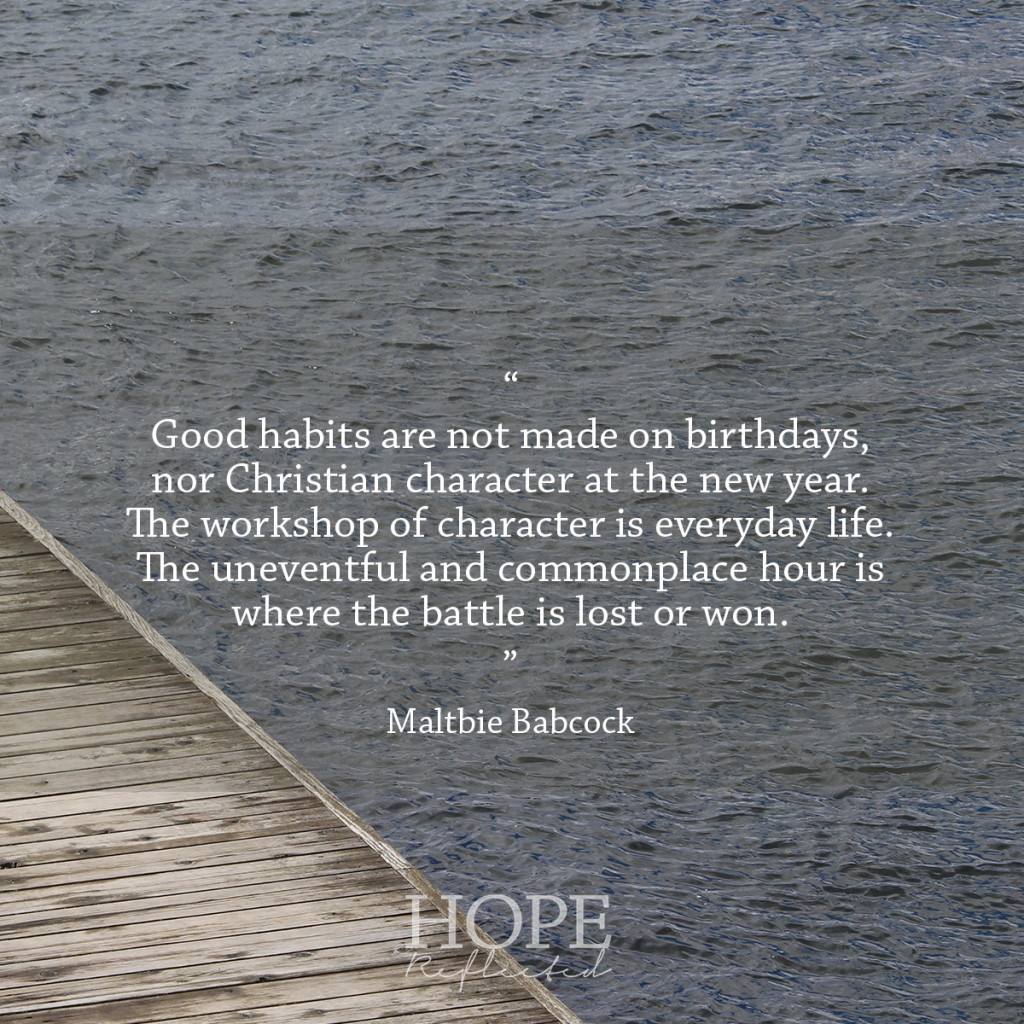 “Good habits are not made on birthdays, nor Christian character at the new year. The workshop of character is everyday life. The uneventful and commonplace hour is where the battle is lost or won.” (Maltbie Babcock)

An American writer most well-known for his hymn, “This is My Father’s World,” Maltbie Babcock said that the workshop of character is everyday life. I first wrote about Babcock’s quote in my column about volunteering, however this quote rings true in every area of life.

There’s a reason more people go to the gym during the months of January and February.

There’s a reason Genesis is one of the most-read books in the Bible.

People often start off the new year with a resolution that they’re going to lose weight, exercise more, read the Bible through in a year, eat healthier, so on and so forth. So many people fail at their resolutions because they don’t practice them long enough to turn them into habits. To develop good character, you must practice good habits.

Good habits don’t happen on one day of the year, they’re practiced each and every day. The same goes for our character. It’s not how we “act” on Sundays, or what we do to get recognized, in fact it’s quite the opposite. Our character is who we are when no one’s watching. Aristotle once said that excellence is not an act but a habit, and the same can be said of our character. Your words are not your character; your actions are your character.

The workshop of character is everyday life.

“Good habits are not made on birthdays, nor Christian character at the new year. The workshop of character is everyday life. The uneventful and commonplace hour is where the battle is lost or won.” (Maltbie Babcock) 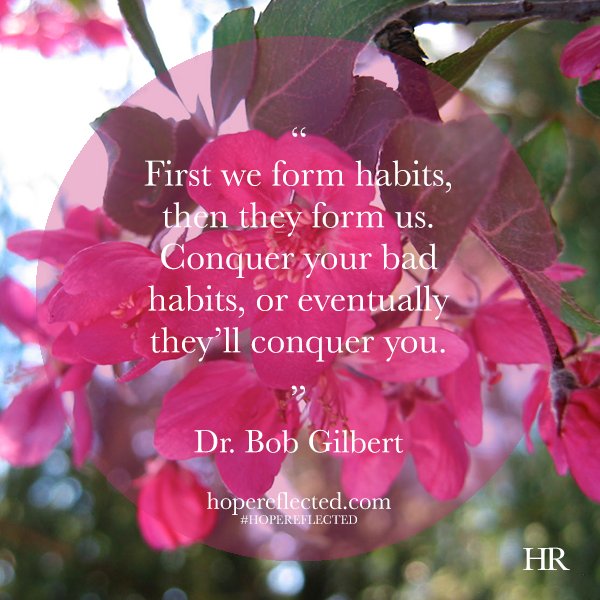 Galatians 5:9 says, “A little leaven leaveneth the whole lump,” and I was reminded over the weekend just how true this is. Last Fall, Wes and I did a lot of winter prep work in our garden and around the yard; we weeded, seeded, raked, and trimmed. Preparation is supposed to benefit the lawn, trees, and any perennials in the garden during the next season.

This past weekend, it seems as though every neighbour was out in his or her yard, just soaking up the warm weather. Wes and I were no exception. We took the opportunity Saturday to churn up the gardens, do some edging, and lay mulch for this year. While we were churning the earth around our trees, both of us noticed how this one weed spread and laid roots during the winter! We’re pretty sure it’s some sort of common knotweed, and it sure grows aggressively. Even after all our work to pull up the roots last Fall, it somehow managed to breed and grow throughout the Winter.

I say all this because, as we were pulling up any leftover (or new) weeds over the weekend, I thought to my self how important it is when you’re pulling weeds to make sure you pull the whole root – you can’t leave any of the root behind, or it will just start growing again. How similar that is to our own behaviours and habits – when we’re trying to make positive life changes, we have to get rid of all the negative, and make sure any bad habits are completely uprooted.

Bad habits pull you down. Sure, those vices may not seem all that destructive at first, but like sin, vices are progressive. They start out small, and you think they’re no big deal, and sometimes we can’t even see bad habits until we’re so far involved in practicing them, and by that time, they can seem almost impossible to break. So how can we pull away from destructive behaviours and bad habits?

Three areas I can think of that can help us conquer bad habits: 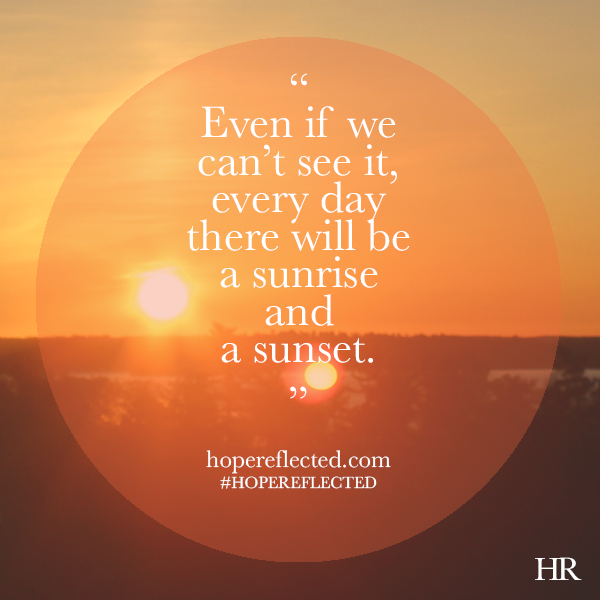 If you’ve ever lived near, or gone on vacation and stayed at the beach, one of the most exceptional experiences is to watch the sunrise over the ocean. There’s something so majestic about the slow, gradual spread of vibrant colours over the water. Everything is still, with the exception of a few morning birds and waves coming into shore. That’s the miracle of nature. Even if we can’t see it, every day there will be a sunrise and a sunset, day in, day out, week after week, month after month, year after year.

While change is inevitable, each one of us can make the choice to remain consistent – in our faith, relationships, and work. Aristotle once said, “we are what we repeatedly do. Excellence then, is not an act, but a habit.” Let’s face it – you can’t create habits without consistency.

Three facts about the power of consistency:

While it’s impossible for anyone to be as consistent as the sunrise and sunset, each of us can make the choice to be more consistent in the things that matter. And beware when you choose consistency – there will always be people who say consistency is boring or uninteresting. Those are shortsighted opinions. You can still be spontaneous once in a while even whilst you’re living with consistency!