hope for the hurting heart Archive

In our current circumstances

Many are wondering what God’s purpose and plan is in our current circumstances. It would seem that people are more discouraged and down than we’ve ever seen in our time. We are living through a period where God has permitted us to be put into places and positions where we feel completely alone. Could it be that one of His reasons for this is so that we will realize that we are armed with His presence and power?

Lest we think we’ve got it worse today, consider a man whose life was filled with its share of tribulation. Adultery, murder, death of loved ones, living on the run with no home, at odds with his family to the point that they were trying to kill him, relationally challenged to the point that his foes sent armies after him to kill him, “I had fainted,” David says in Psalm 27:13. You think? David’s life was hard! How could anyone endure such adversities? “I had fainted,” David continues, “unless I had believed to see the goodness of the LORD in the land of the living.” (Psalm 27:13).

David did two things that we desperately need to do right now: He believed to see, and he focused on the goodness of the Lord. Although tribulation is all around us in the land of the living, because we have the Lord and He has armed us, we can believe to see that He has a plan, and we can focus on His goodness. “Faintness of heart is a common infirmity; even he who slew Goliath was subject to its attacks…” Charles Spurgeon wrote. “We must believe to see, not see to believe; we must wait the appointed time, and stay our soul’s hunger with foretastes of the Lord’s eternal goodness which shall soon be our feast and song.”

We are not alone, even as we go through times of tribulation, live through stressful situations, or are even physically isolated. He has armed us. “These things I have spoken unto you,” Jesus said in John 16:33, “that in me ye might have peace. In the world ye shall have tribulation: but be of good cheer; I have overcome the world.” Preceding this, Jesus says these words: “I am not alone, because the Father is with me.” (16:32). Jesus spoke these words knowing that He would shortly go to His death and endure the cross.

Joni Eareckson Tada, a woman who has also seen her share of tribulation, once said that, “Nothing is a surprise to God; nothing is a setback to His plans; nothing can thwart His purposes; and nothing is beyond His control.” Our present circumstances do not surprise God. He’s not panicking about how He’ll put everything back together. While we may not understand the reasoning for what’s happening all around us, there is no need to stoke the fires of anxiety and stress. As C.S. Lewis wrote, “God, who foresaw your tribulation, has specially armed you to go through it, not without pain, but without stain.” May we trust the One who promises that He will never leave or forsake us. 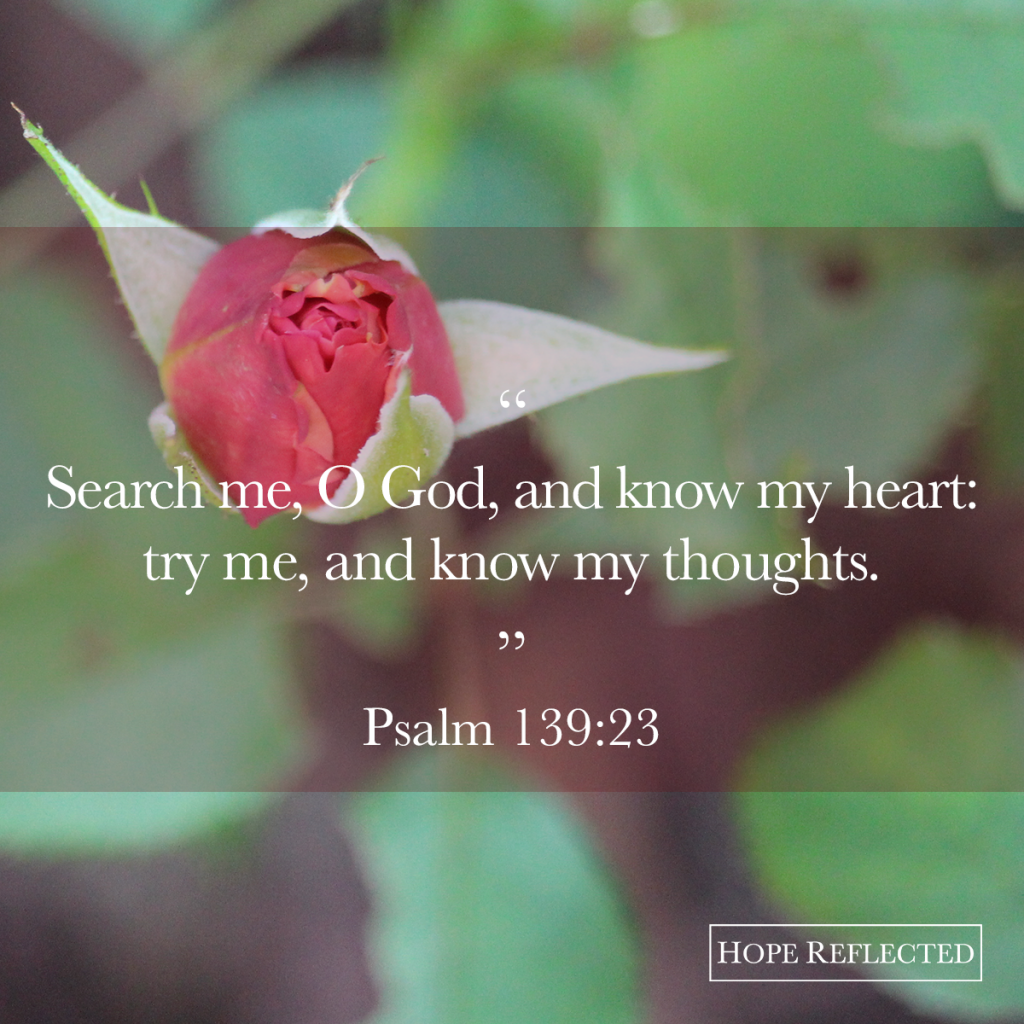 When you’re feeling like the whole world is against you, or you feel like you just can’t do anything right, remember what the psalmist said in Psalm 139.

God knows when you sit down, and He knows when you rise. He understands all of your thoughts, even if you don’t say them aloud or share them with anyone. God is your compass, and He knows all your ways. He knows every word on your tongue before you even think them. There is no where — no height and no depth — we can ever go that God is not already there. God cares for each one us, and He cared for us even before we were born!

We serve a God Who is bigger than a bad day (or a bad week)! We will all face days that are less than desirable, and in the end, as long as our hearts are right with the One Who matters, that is what matters. So the next time you find yourself down, or hurting, ask God to search your heart, and remember that He knows you. He knows your thoughts. And He cares for you.